There were two main pain points for stocks in 2022. First, markets had to contend with a 40 yr. high in inflation. Adding to that pressure was the response from the Fed which directed the most rapid pace of monetary tightening in the last 40 years.

We saw a marginal market recovery in October and that carried over into November on the belief (and several data points) that inflation has peaked in terms of rate of change (increasing at a decreasing rate). Additionally, it appears that the Fed is on the cusp of a downshift in the pace of their interest rate increases in December with an expected hike of 50 basis points after 4 consecutive meetings where rates were moved 75\ basis points per meeting[1].

After rallying by 8% in October, the S&P 500 rallied by 5.4% in November[2]. The NASDAQ was up 4.4% and the small cap Russell 2000 by 2.2% after a 10% jump in October[3]. The rally was broad based globally as the Euro STOXX 600 was up by 6.8%[4]. Giving a particular boost to Asian markets, specifically in mainland China and the Hang Seng, was finally a light at the end of the dark Covid tunnel that appeared as China has seemingly accepted the reality that it’s time to begin the process of fully reopening. It was an incredible sight to be behold to see a tremendous level of dissent and disgust expressed in many Chinese cities in response to the harsh Covid crackdowns and shutdowns. There were immediate government steps that have followed that have eased testing requirements, allowed more quarantines at home and the acknowledgement that the current omicron strain is mild. The Hang Seng was up by 27% in November while the China H share index rallied by 29%[5].

Bond yields fell in November for reasons stated above with the US 10 year yield down by 44 basis points to close the month at 3.61% and the 2 year yield lower by 17 basis points to 4.31%[6]. Notice though the wide yield gap inversion between the two yields of 70 basis points that has since widened to almost 80 basis points as of this writing. Go back 41 years ago to the last time this happened and it is flashing red a US recession.

Corporate bonds also rallied on the hopes of a peak in inflation and the easing of interest rate increases. With respect to the US dollar, after a ferocious rally this year, the Bloomberg Dollar Spot Index fell almost 5%[7]. It seems that the main reason the dollar has rallied so much this year is turning out to be due to the more aggressive Fed relative to other central banks and the sharp interest rate differentials as a result. This trend has now reversed and maybe the rising US debts and deficits will become more of a factor against the dollar.

After peaking at 9.1% in June, the rate of change has fallen for 4 straight months and ended October up 7.7% y/o/y[8]. Moderating core goods prices along with falling food and energy prices have been the main reasons as they are offsetting continued acceleration in service prices like energy. With respect to goods prices, which were a main factor in the upward push in inflation over the past few years, we are now seeing discounting on a variety of items that consumers got enough of in 2020 and 2021. Service prices are still dominated by rents and while they have cooled in many independent surveys, the Bureau of Labor Statistics still has them rising for now.

So, while this is good news that we’ve likely seen the worst in inflation, the question shifts to the stickiness of it and to what extent it falls from here and where it eventually settles. A key factor will be the trend in wages as that will mostly influence prices in the service sector because it is more labor intensive when compared to manufacturing. In the recently reported November payroll report, average hourly earnings rose 5.1% y/o/y which is double the pace seen in the 20 years leading into Covid[9]. We’re seeing about 15% pay raises for those switching jobs according to ADP and about half that for those staying. After falling from here in 2023, we still think inflation settles out at 3-4% thereafter for structural reasons.

Jay Powell, while telling markets that the size of rate increases will slow from here, also stated his belief at a recent conference that the end destination in the fed funds rate might still be the same, something around 5% and that is because of the persistent labor wage gains previously stated.

In analyzing the state of the US economy right now, it’s important to break it up into pieces in order to get a better under the hood view. The housing market is in a recession because of mortgage rates that are up sharply this year to north of 6% which comes after a 40% increase in home prices over the past two years according to S&P CoreLogic. Affordability is now a major problem and why the pace of transactions has fallen sharply. The Mortgage Bankers Association’s weekly purchase component is down by 41% y/o/y for the week ending on November 25th. The National Association of Home Builders estimates that housing, all in, accounts for between 15-18% of the US economy.

The US auto sector is finally seeing a greater supply of new cars and declines in the prices for used cars. The cost of buying a car has gotten very expensive because of the doubling in funding costs on top of record high prices for new cars and now less so for used. Consumer spending in data seen so far around the Thanksgiving holiday is ok but we’re seeing a clear bifurcation in terms of habits. As heard from a variety of retailers after recent earnings reports, low and middle-income consumers are being much more judicious with their spending. We’re seeing more private label buying and a move away from major brands. There is more of a focus on non-discretionary spending and less so on discretionary spending, particularly on goods. Higher income spenders are mostly continuing as is but even Walmart said they are seeing more income earners making more than $100,000 shop at their stores.

The last two pieces of the economy, not including government spending, are capital investments and trade. Trade is slowing, particularly exports as growth has faltered, especially in Europe and China. Capital spending is holding up for big companies but as cash flows shrink for small and medium sized businesses, they don’t have the same balance sheet to maintain or even increase capital expenditures.

The Rest of the World

Thanks to demand destruction and a high level of procurement of natural gas, natural gas storage levels in Europe seem adequate in getting the region through the winter without any major hiccups. We should still expect a recession for EU countries and in the UK, but the worst energy fears do not look like they will be realized. Inflation is still a problem as the Eurozone and the UK are running at 10% + but hopefully we’ve seen the worst[10].

The other major story is now China and the more pronounced steps they are taking to open up. While it took protests in many cities to finally awaken the Chinese government to act, it seems they are listening. A full China reopen likely won’t happen until they get through the flu season in April but we finally have hope. The world needs a fully functioning Chinese economy, particularly Chinese manufacturing and the Chinese consumer. It looks more likely we will get there in 2023.

While the markets certainly saw further relief in November from the major pressure points of inflation and aggressive rate hikes, I believe the market attention as we look to 2023 will now shift to the economic consequences of living with a much higher cost of capital than what we’ve been used to over the past 15 years. As we need food to live, the US economy has relied on cheap money to grow over the past few decades and that is because of a low savings rate. The personal savings rate fell in October to just 2.3%, the 2nd lowest on record dating back to 1959[11]. Corporate balance sheets too aren’t what they used to be with a much smaller percentage of A and higher rated companies relative to its BBB and less brethren.

With that said, it is important to remember that recessions and bear markets are a natural part of the business cycle, even though our business cycles have been polluted by central bank activism. As we continue to navigate through this, it remains vital that investors have adequate short-term liquidity over the next 2-3 years. Knowing that period of time is covered can help separate the balance of one’s portfolio from what I believe will continue to be a challenging time for the economy and markets. Time horizon is very crucial right now and is the best friend of any investor. I want to also finish by saying that in bear markets, both in stocks and bonds, tremendous opportunities may be created for those that have cash and the risk appetite to take advantage.

Finally, we wanted to wish you all an amazing 2023 and particularly a healthy one. We are grateful for your trust and confidence in us. 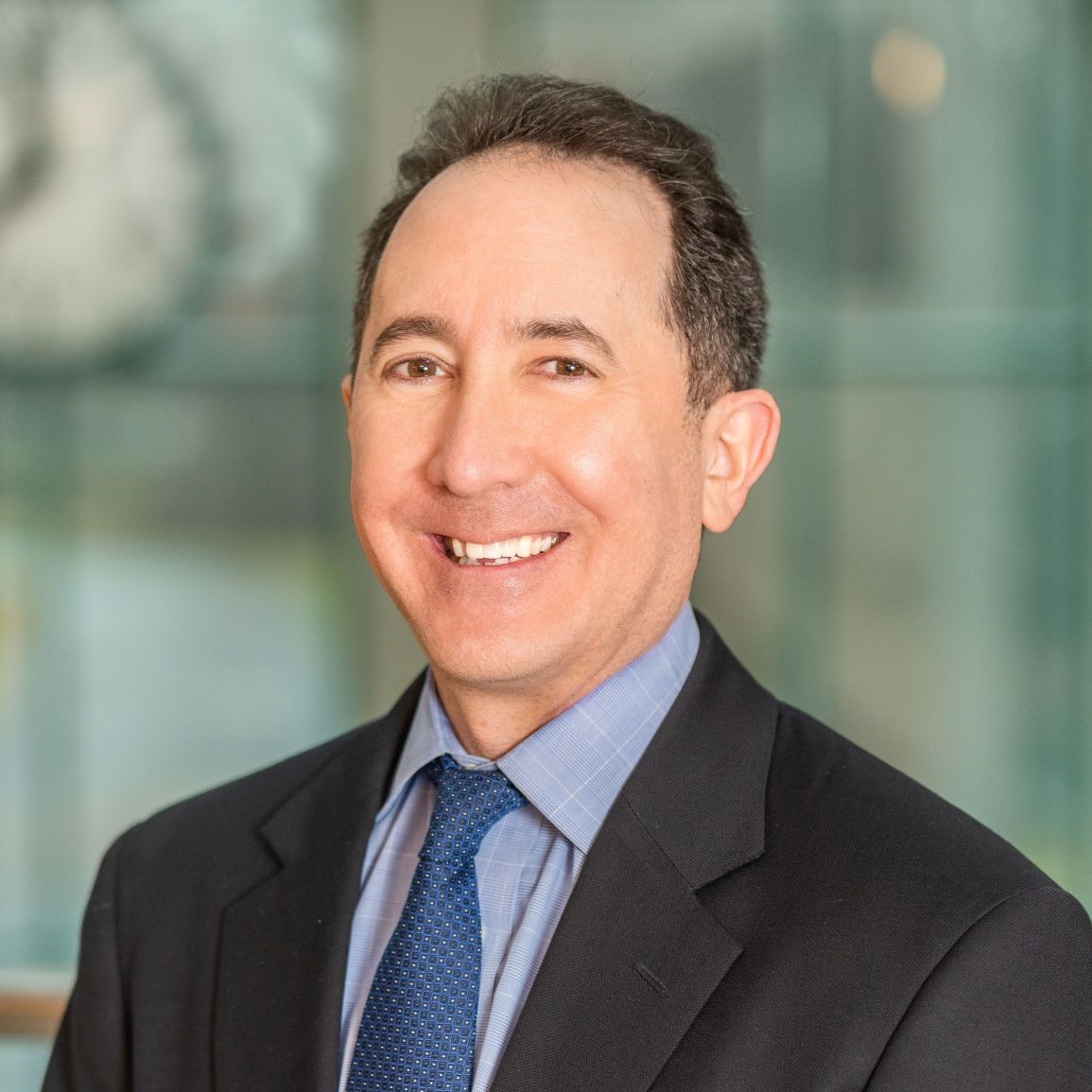