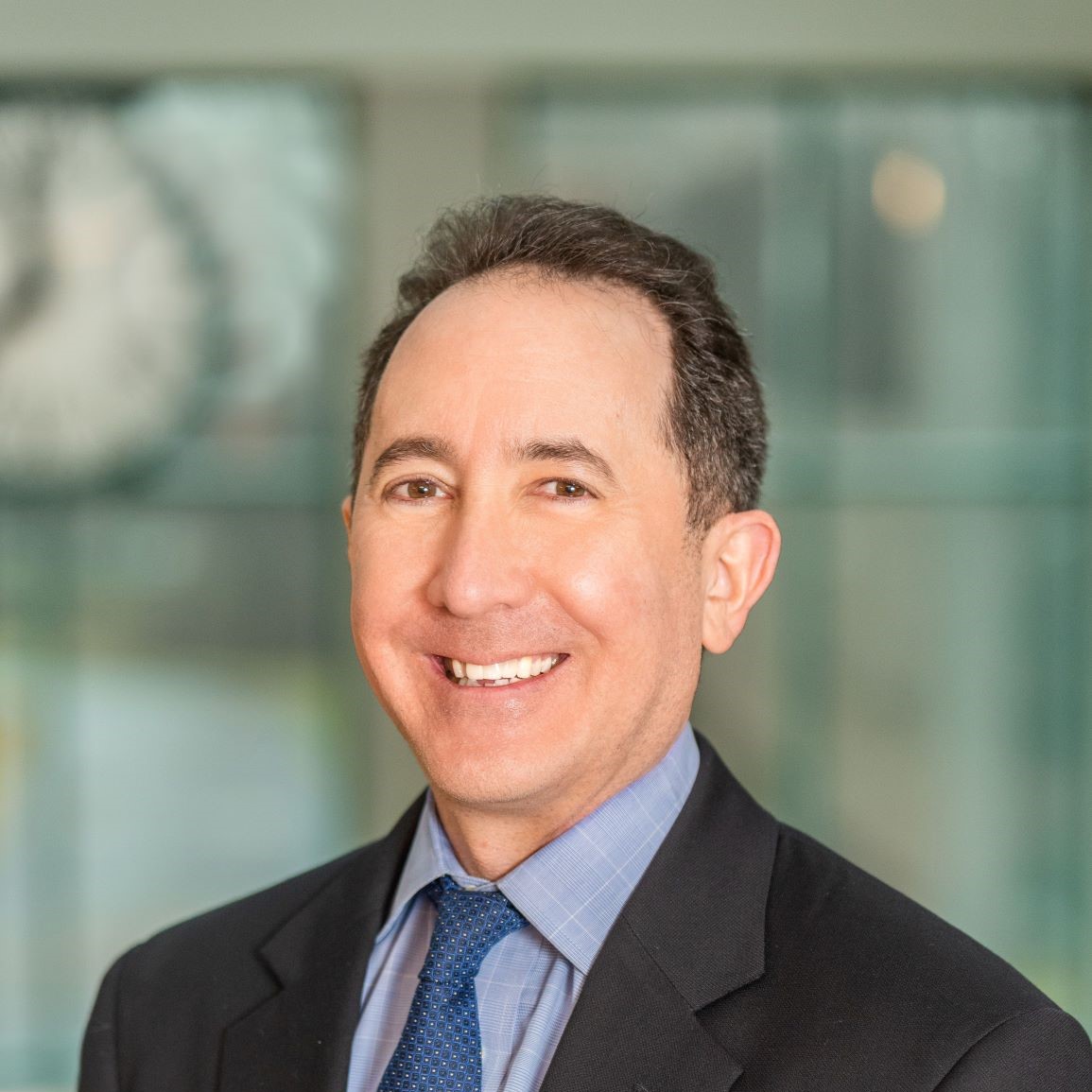 Another month is in the books and another quarter has come to a close. And what a quarter it was! Stocks continued higher, but so did interest rates. It was not the overnight interest rate that the Fed controls, but market driven interest rates. In fact, long term US treasuries had their worst quarter since 1980[1]. The US Treasury bond maturing in November 2050, in particular, fell 16% in the quarter, and it would take 10 years of coupons to recoup that[2]. Interest rates have risen globally as well, as markets look to the success of the vaccines and what that means for economic growth and inflation in the quarters to come.

While the headline indices all were in the green in the quarter, underneath the surface stock markets has been more bifurcated. We have seen sharp pullbacks in some of the loved work/play from home stocks that worked so well in 2020 like Zoom Video, Teledoc, and Peloton. Instead, the attention shifted to the reopening beneficiaries such as airlines, leisure, hospitality, cyclicals, and commodity stocks.

What we also saw, specifically in March, was Congress pass and President Biden sign another $1.9 Trillion spending package. This comes just a few months after Trump signed a $900 billion bill, that followed about $3 Trillion spent previously in 2020. The US budget deficit, which averaged about 3.5% as a percent of GDP over the past 40 years, is now sitting at 16.5% as of February, and will likely remain in the double digits for years to come[3]. An infrastructure bill, mostly paid for with higher taxes, is the next major item on the Democratic agenda. However, this could take months to flesh out.

The US vaccine rollout from Pfizer, Moderna, and most recently, Johnson & Johnson, is really picking up steam with about 3mm shots being administered each day. According to the CDC, as of this writing, 97mm Americans have gotten at least one dose, and 29% of the population (55mm) are fully vaccinated[4]. In the UK, almost half of its population have been jabbed at least once[5]. In contrast though, only about 10% of Europeans have at least one shot, and they are badly lagging, both because of delays in ordering the vaccines and due to an inefficient delivery system[6]. In Asia, countries are slow to have vaccinated their people, but they have kept Covid contained anyway, well better than other parts of the world.

Lastly, in March we saw a cooling down of some of the other hot areas of the market, particularly, Special Purpose Acquisition Companies (SPAC’s). The supply of them has become overwhelming relative to the demand, with seemingly everyone and their mother interested in being a part of one. SPAC’s are a very legitimate way of private companies going public, but when the market gets flooded with them, you can suspect that some are just riding the wave rather than being ready for public viewing.

Giving color to the very tough few months for US Treasuries, the 5 yr yield rose from .36% to .92% in the quarter and was up by almost 20 basis points in March alone[7]. The 10 yr yield was higher by 83 basis points this year, of which 30 basis points were added on in March[8]. The 30 yr yield, which is the furthest out on the yield curve and thus least manipulated by Fed policy, saw a gain of 75 basis points this year, adding 25 basis points in March[9]. These are rather sharp moves, and while rates are still low on an absolute basis, we must keep in mind that because of an enormous amount of debt we have, small changes in interest rates equals a lot of money. Also, with very high market multiples where low rates have sustained them, any notable increase matters.

There was spillover by this rise in US yields to the corporate bond market. The Bloomberg Barclays investment grade yield to worst finished 2020 at 1.74% vs 2.29% today[10]. High yield has hung in much better, as they’ve acted more like stocks as market participants reward the likelihood of stronger cash flows. The Bloomberg Barclays high yield index YTW is only up 13 bps year to date at 4.31% and still very low[11]. We can attribute these yield increases to rising inflation expectations and faster growth expectations. With respect to inflation, the CRB commodity index is up 75% over the past year and 10% year to date[12]. Data in March, for February activity, saw the producer price index in the US running at a 2.8% y/o/y pace, even before the easy comparisons of March through May kick in[13]. Headline CPI in February rose 1.7% at the headline level and 1.3% ex food and energy, but companies are only now beginning to pass on their higher costs to the rest of us[14]. General Mills and Kimberly Clark, two staple stocks making everything from cereal to diapers to tissues, both recently said they were passing on their higher costs to consumers.

Shifting to overseas, bond yields are rising too as price pressures intensify, particularly with goods and the cost of transportation. Anything that is shipped via air, sea, road, and rail have seen sharp price increases. The closure of the Suez Canal highlighted this writ large.

The bottom line with US Treasuries and the rise in rates is that the bond market is now dictating the direction of yields, rather than being bullied by the policy of the Federal Reserve. If this trend continues, it will certainly be really interesting to see how the Fed responds. However, they won’t likely react until markets start to get negatively impacted. Right now, the Fed has shown no willingness to fight the rise in long rates, and in contrast, markets have not been bothered yet. This is in contrast to the European Central Bank and the Reserve Bank of Australia, which have decided to fight back in order to contain the rate rise.

The stock market continues to be either/or. Either the market is buying tech and selling everything else or vice versa, with the direction of interest rates this year being the main driver, unlike the direction of COVID, as seen in 2020. The highly valued parts of the market, particularly companies in technology and the SPAC world, have been the most impacted by the rise in interest rates. The value parts of the market, in contrast, have recently well outperformed.

I said going into the year that forecasting the direction of the economy and earnings in 2021 will be much easier than figuring out what the right P/E multiple should be. I think that will be more crucial than ever with this rise in market driven interest rates.

With the Democrat controlled Congress, along with Biden in the White House, we saw the passage of a $1.9 Trillion spending bill along party lines that included a variety of things. Particularly for the economy, they extended an additional $1400 to individuals making under $75k along with their dependents. An extension and added benefit of $300 was a supplement to existing jobless claims benefits. The net result is another flood of money into the hands of many US consumers who will save, spend, and use some to pay off debt in the months to come. This comes shortly after checks of $600 per person were included in the December $900b spending plan.

Not to stop there with government spending, the attention is now shifting to infrastructure spending. ‘Infrastructure’ is a broad term and will be used to spend money on a lot of different things, not just bridges, roads, and airports. The question is also how much will be paid for via deficit spending, and how much will be raised via user fees and higher taxes. The latter definitely has the potential of stunting the economic benefits of the spending.

We can add all this spending, and the possible inflation implications of it, as another catalyst for the rise in longer term interest rates and rising inflation worries. Lunch is not free and we might be close to finding out how much it costs. The US dollar is a long term casualty of our exploding budget and trade deficits, but after sentiment got overly bearish at the end of 2020, the US dollar has seen a modest bounce in the first quarter with the euro heavy dollar index up 3.6% year to date. I don’t expect the rally to last long.

The Atlanta Fed’s GDPNow forecast has Q1 GDP penciled in at 4.7% growth and Wall Street estimates for the full year range from 5-7% in general. Growth in Asia will likely be robust as well, with Europe lagging because of their slow roll out of the vaccine. Hopefully, though, Europe can get its act together in coming months, and we will see a synchronized global recovery.

A key question for growth in 2021 is to what extent do consumers shift their spending away from goods and to services. As seen in 2020, consumers mostly spent money on home related items, workout equipment, RV’s, and computer electronics. Much of that will not be repeated in 2021 as the focus turns away toward travel and entertainment. The question for growth past this year is what type of spending hangover we have in 2022 and what impact will higher interest rates have on both market multiples and economic activity.

If there is one thing we learned in 2020 it was that the economy is not the market and the market is not the economy. I think the same will be the case in 2021, as valuations didn’t matter for some parts of the market in 2020 because of very low interest rates, but they do now as rates rise. Also, I do expect this either/or market to continue into the 2nd quarter. Tell me where rates go and I will tell you where the different parts of the market go. That said, overall I do expect higher rates as the year progresses.

Either way, whatever the outcomes will be, it is vital that investors have a plan that suits their short term liquidity needs over the next 2-3 years. Knowing that period of time is covered can help separate the balance of one’s portfolio from what I believe will be a continued choppy time for the economy and markets. Please do not hesitate to reach out at any time with questions or for any discussion on these matters.